Next up in our series is a presentation titled GE Aviation’s Use of PLE and MBSE by Eric MacKnight of General Electric’s Aviation division. Eric MacKnight is a systems integration technical leader, having developed flight test data systems and the next generation of predictive analytics to predetermine engine failure. Eric’s current task is to optimize team speed and efficiency for software development.

Eric provided a quintessential view into the convergence of Digital Engineering and Product Line Engineering in the GE Aviation engine business. He set the context with a view into GE’s culture — and his personality — of expanding the limits of engineering approaches through innovation, lean, and continuous improvement.

The centerpiece of his work is with the Ansys SCADE / BigLever Gears Bridge, which combines MBSE with Feature-based PLE to automatically generate aircraft engine controller software from models for multiple PLE variants of their new generation of engines for the US Army FARA helicopter program. They are also applying the cross-lifecycle coordination of Feature-based PLE to their digitally structured requirements with the IBM DOORS Next Generation / Gears Bridge and to their tests with the digitally structured language capabilities in Gears. Eric describes this as having Gears direct the orchestration of the different instruments in their engineering tool “symphony”. 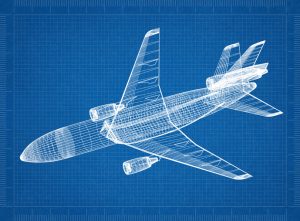 The largest engineering burden in safety critical aviation systems is the intense validation and verification (V&V) for qualification and certification. While Eric described how digital engineering and Feature-based PLE provides GE Aviation with the typical benefits in engineering precision, efficiency, and velocity, he best summed up why this should matter to you. When the aircraft you are traveling in flies into an ice storm, you can appreciate all of that V&V effort when you come out the other end of the storm with the engines still running.

Find out more about GE Aviation’s use of a PLE solution for their control software. Watch the complete presentation.