Who better than General Motors to talk about PLE in MBSE? With many products lines and millions of digital parts, PLE plays an integral role in helping GM move forward to scale. In this presentation of Application of PLE in MBSE for an Autosar-based Digital Supply Chain, Rick Flores and Halim Ragab of GM, discuss how MBSE has the great benefit of enabling design of systems at multiple levels of abstractions, however, this must be integrated with PLE to achieve flexibility and reuse of subsystems and components allowing their application in various scenarios and business models. 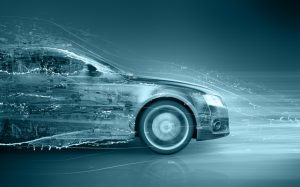 This talk is notable in several respects. First, it makes it abundantly clear that combining PLE and Digital Engineering is not merely an abstract concept that makes sense on paper, but in fact, is a powerful combination in everyday use today. This is the way General Motors does business in one of the areas most critical to the company’s success: Technical interactions with its suppliers. Second, this is an example of applying digital engineering and PLE together that requires both in order to be successful. Their objective could not be accomplished without either one. Finally, GM is one of the largest corporations in the world. It is America’s largest and one of its oldest auto-makers, and its product line of vehicles comprises millions of instances in tens of thousands of electrically unique configurations. Industrial applications don’t get any bigger than this. If there is any question about whether PLE/digital engineering can scale, this talk provides an emphatically affirmative answer: Not only does it work at scale, it works at mega-scale.